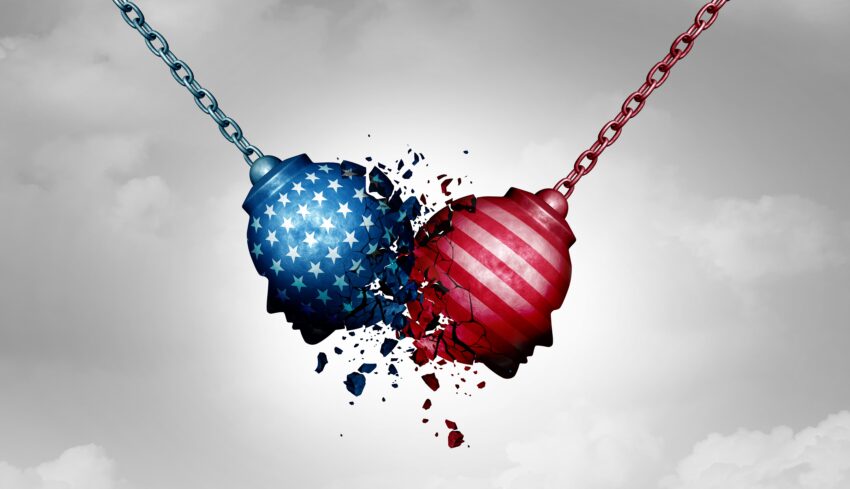 Americans have fallen ill to the misdirection of lies and deceit. It’s not up to THEM, it’s up to US to fix this mess.

The book preview of Are Americans Really this _________? continues with Chapter 15 – Zombie Apocalypse. If you would rather listen to the content than read CLICK HERE.

Politics, the game of acquiring, using, and holding power, conforms to the law of the jungle.

The political game is played by carefully managing people who matter across three levels of the power dynamic: the interchangeables, voters; the influentials, those manipulating voters; and the essentials, the real power players – the men and women who benefit the most by consolidating and wielding power.

Essentials unite to guarantee private rewards – power – flows their way. The essentials remain loyal to the political system and its leader unless and until the power and benefits stop flowing. Essentials manage influencers through a combination of public and private rewards ensuring the influencers do whatever is necessary to get the minimum support from the masses, interchangeables, to retain power.

To optimize the power flow – to concentrate power in power player’s hands – the perfect political play is to never over-compensate or under-compensate the supporting cast. In politics the greater good is never, ever a consideration. Politics is a “survival” game.

Now that we have laid the foundation let us examine American politics.

You may be familiar with the business adage: Marketing getting out ahead of production. That is, marketing often makes promises the product can never deliver. The United States of America has brilliant, universally appealing marketing. Look at our founding documents: The Declaration of Independence and the Constitution. Liberty, equality, justice, civil rights, property rights, the rule of law; the pursuit of happiness; personal power. Opportunity. What’s not to love? This is inspired and inspiring marketing.

The product however – American democracy, the land of opportunity – even after 245 years, is still under development.

The United States has both a breathtaking and deeply troubling political history.

The first eighty years of the American drama were a matter of surviving, while coming to terms with slavery. After the Civil War, over the next eighty years, and still not ending oppression, the adolescent nation came of age and assumed power on the world stage. To get to that commanding position; to get through the foibles of the 1920’s, the depression and the Second World War; the masses gave up much of their power. Out of, what the people perceived as necessity, Americans came together, ceded personal power to political authorities – the government – and hoped for the best. Americans ultimately had to fight a world war to change the nation’s trajectory.

Over the last seventy-five years, after the rebirth of freedom and the redistribution of power resulting from the Second World War, trust has methodically eroded. Power players have once again managed the power dynamic brilliantly. As power continues to concentrate and wealth and power steadily flow from the many to the few, the United States has once again resumed a downward trajectory.

Power corrupts. The American decline is the result of the corrupting nature of power.

George Washington warned against political parties. He advocated ideas be weighed on merit and those notions which expanded and promoted freedom and democracy and empowered people, be adopted (for his version of the people – he was a slaveholder after all). But other ambitious people had their own ideas. We all think we know best. The game was on.

Two political parties formed immediately in the United States. Two opposing forces. Evolving over the years, we now have the Democratic and the Republican parties. The parties do their own marketing to influence that often elusive minimum number of required voters – the interchangeables.

Both parties attempt to appeal to voters’ instincts and emotions. But remember, party leadership is much less concerned about delivering a product – those promises – than they are about influencing voters – marketing. Party leaders, of both parties, are concerned about winning a political game. The objective of the political game is seizing, wielding, and holding power. Not delivering the goods – sound governance. The public messaging and marketing is very different from the ultimate private objective.

The revelation regarding the two major political parties is clearly revealed not through what they market or what they say – it is demonstrated by what they do.

Both parties use power to actively extract resources from the many and direct those resources to their power-player patrons – the few; the essentials. The parties are akin to two competing product brands appealing to different market segments. But their objectives are the same. Take from the many to enrich the few. Watch where the money, and therefore the power flows.

As wealth and power are extracted from the many, over time the many – everyday, ordinary citizens – begin to realize their loss. Dissatisfaction and distrust of government, of institutions of power, and of each other grows amongst the masses. People become increasingly weary of the growing wealth gap – of the enlarged power gap – and they resent it. The essentials, always ready to exploit an opportunity, leverage the growing malaise and stoke further anxiety to advantage themselves.

Nearly eight of every ten Americans are trying to hold onto, or are losing ground economically. Politicians – influentials, working for political parties – continually promise they have the solutions; the way to make things better for the people. But time and time again what politicians deliver is more of the same: take from productive people and give to the privileged few. Frustration grows. But there is always a tipping point. A fixed game undermines motivation. Eventually there is nothing more to extract from the productive segment of society. And then, calculating they have nothing to lose the masses revolt.

People do not like to think. For most, thinking is a last resort activity. Instead of using their intellects and verifying facts, people rely on ingrained bias and emotion to make decisions. So smart political operatives leverage bias and emotion to influence and manipulate the easily manipulated.

As the masses become more and more disenfranchised, and seemingly helpless within a rigged system, they become more irritated, volatile, and dangerous. Politicians who appeal to bias and encourage volatile emotions are playing with fire.

Donald Trump stepping into the national political arena in 2014 was like dumping accelerant on a fire.

Born to a wealthy family Trump came to believe he deserves power. Trump learned early the tried-and-true tactics of the political game and the utility of bullying. Working for his wealthy father, Trump realized that if people believe you have money, whether you do or not, you have power. Perception is power. He cleverly cultivated the perception of wealth even through his myriad bankruptcies. This always afforded him a position of power amongst those who did not know better.

An unabashed narcissist, always seeking personal validation, Trump recognized growing discontent amongst the masses. He stoked fear and hate blaming everyone he could think of for what ails he could manufacture. He blamed immigrants, minorities, women, foreigners, the media, political opponents; anyone his audience was open to vilifying. He energized people’s base instincts and emotions of fear and hate. Millions rallied to Trump’s cry.

Power brokers controlling the Republican Party initially resisted Trump’s unconstrained onslaught on truth. After all, lying and cheating for the purpose of stealing had been carefully managed covert political tactics. Republican Party leadership quickly recognized however, the utility of fear and hate Trump so crudely encouraged.

For the hapless masses, no need to think. And no need to assume personal responsibility. The truth is, ‘whatever the powerful say it is,’ and we are all competing anyway. The ends justify the means. Politicians stepped up their marketing proclaiming: ‘Problems are someone else’s fault; those people you’ve always harbored bias against. Direct your hate and anger toward them and give your power to me.’

An ageless tactic worked brilliantly and proved useful once again. It seems we the people refuse to learn.

This, out in the open dissolving of truth and undermining trust, was the power-players’ perfect storm. The Republican Party closed ranks funneling trillions of dollars from the many to the few. The zombie apocalypse was unleashed.

It was like a virus – and not the corona virus. Some unseen, highly-contagious pathogen infected millions. The infected masses were rendered unable to think, while simultaneously enraged.

The United States capital was ransacked by Americans.

The acolytes of power are now openly promoting lying and cheating tactics to achieve the objective of stealing – taking from the many to enrich the few. The many still refuse to see the ruse. Politics at its best. And millions of Americans are loving the game.

The game is ultimately about power, concentrating power. As Machiavelli said, the ends justify the means.

Many are playing, but only a few appear to be winning. The truth is we all lose.

Are Americans really this stupid? What now?

Let me know what you think by writing your thoughts in the comments section below. Look for the final chapter – Chapter 16, NOW WHAT? on Thursday. All the best, Scott