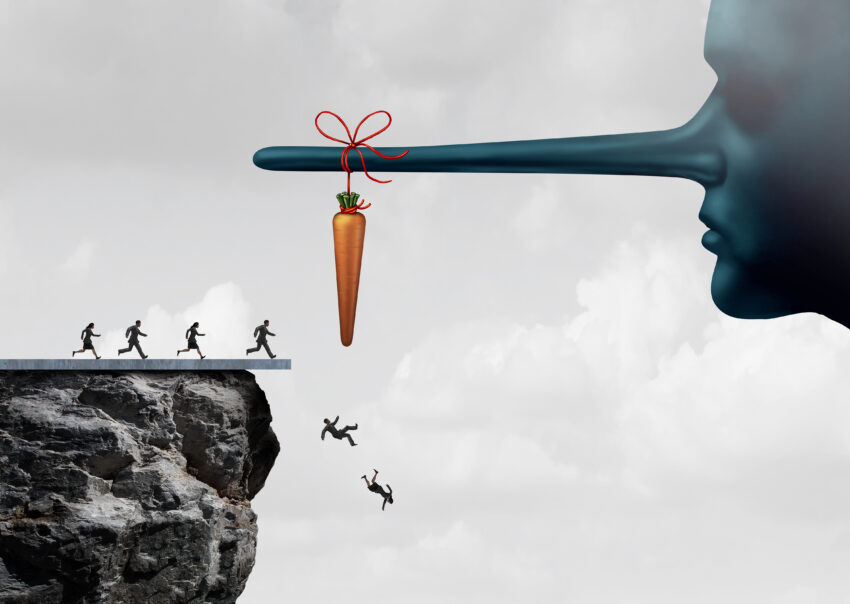 It’s come to this, because of us. Rather than accept our power with responsibility we give power to those willing to seize it – politicians. Then we mistakenly look to those politicians for leadership.

The book preview of Are Americans Really this ____________? continues with Chapter 14 – Political Leadership, An Oxymoron. If you prefer to listen to the content rather than read CLICK HERE.

We employ human power in two ways: as personal power and as political power; control of self or control of others.

Politics is assembling, collecting, or concentrating personal power, but not necessarily, and if we are honest, not usually for the benefit of those contributing their power. Men and women playing the political game rarely use genuine leadership. Rather people playing power politics more frequently use carrots and sticks to aggregate and concentrate power.

Even better than carrots and sticks – handing out rewards and doling out punishments – more cost effect tactics to leverage against unsuspecting and easily manipulated masses are dishonesty, deception, and deceit. These are the least costly and most effective political tools. Dishonesty, deception, and deceit are the political tools of choice these days.

Politicians are not leaders. Politicians are hired to seize, wield, and maintain power. The guise, the charade of political leadership is to lie, cheat, steal, coerce, strong-arm, bribe, buy-off, pay-off, threaten, extort; do whatever it takes to acquire power. None of this is leadership.

Remember our dichotomy? On the one hand are the few, the I-me-my types competing in the jungle, on the other are the many, the us-we-together attempting to connect, cooperate and collaborate. Leadership is bringing the many together. Politics most often is manipulating the many to benefit a few. Politicians achieve their objective not by uniting for mutually beneficial ends, but by dividing and conquering.

Political leadership is an oxymoron. Politicians are not leaders looking out for the good of those they lead. Politicians play a power game.

We cannot be too quick to dismiss politicians as evil and corrupt. They are playing the game. They are competing in the jungle. In the jungle there are no rules.

Politicians are hired to play the political game by those looking to control other people. Politicians are not hired and installed to do anything for the greater good.

Operating under the quasi restraints of a representative democracy, American politicians are world class. They are not necessarily ignorant or uninformed or woefully detached from reality or evil or corrupt. Politicians are doing exactly what they are supposed to be doing; what they have been hired to do: take from the many to enrich the few. Politicians take power from the people to empower their patrons. And they enrich themselves along the way. Bad behavior is almost always good politics.

In The Dictator’s Handbook Mesquita and Smith explain all political power arrangements work the same way, whether in nation-states or corporations or communities.

Mesquita and Smith developed a model to illustrate this power dynamic at work – the political means of acquiring, employing, and holding onto power.

Three levels impact the flow of social energy: power. On the lowest level are the masses, what Mesquita and Smith refer to as interchangeables. Interchangeables represent the minimum necessary popular support required to maintain power. In a representative democracy such as the United States these are the voters needed to achieve a plurality in many cases, or majority in some cases. Typically this is a relatively small portion of the population. At the national level it usually takes twenty to twenty-five percent of the population to install a president.

At the next level of the power dynamic are what Mesguita and Smith call influentials. These are the men and women who influence that minimum necessary popular support. Influentials are community leaders, labor leaders, pundits, celebrities, politicians, and so on.

Gaining and maintaining political power – control over people – is a matter of managing the three levels of the power dynamic.

Now most of us, and I am speaking for myself here too, most of us like to think, “I’m not like that. If I had power, I would not use it to benefit a few. I would not lord it over many.” That person is the rare exception.

Personal power is ultimately empowering. But once separated from an individual – once an individual gives up his or her power, or it is taken – the nature of power is corrosive.

Bearing the weight of another’s power, or many others’ power is a burden. Power corrupts and absolute power – absolute control over other people – corrupts absolutely.

I will illustrate with a simple, seemingly harmless example.

Researchers staged a simple competition. Two individuals were to play the board game Monopoly. One of the two individuals, selected at random, was given an advantage. That person awarded the advantage began play with twice as much money as the other competitor. In addition, every time that “advantaged” person passed “Go” he or she received twice as much cash as his or her disadvantaged opponent.

So it is with people in power. Those who have power, whether having gained it or been given it, people with power begin to believe they are better than those with less power. The powerful believe, no matter how they came into power, that they are more deserving of power than the powerless. Ever heard of the divine right of kings? This innate human psychological dynamic evolves eventually to absolute authority – absolute power.

This is the corrosive nature of power.

Let me know what you think by commenting below. Look for Chapter 15 – Zombie Apocalypse Monday. Have a great weekend! Scott