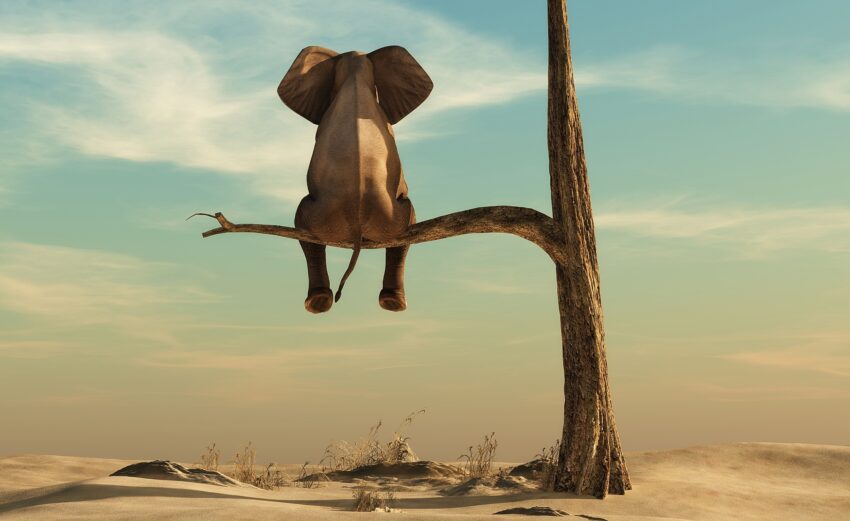 If you would rather listen than read go to: The Truth About American Politics (thinkific.com)

God created the world in six days. On the seventh day God rested.

To understand what the heck is going on we must begin at the source. We must explore what makes us us.  To get our minds around what is going on requires we understand why we do what we do.

This universe, this galaxy, this solar system, this world all seem to operate within fixed parameters, what scientists refer to as laws. We have energy. Energy collects to form mass – matter. We have gravity and thermodynamics and so on – forces acting in dynamic opposition. The opposition, the ebb and flow, generates synergy and cycles. Life operates in cycles.

A fundamental feature of life is that it intends to grow. An organizing force draws energy together. That energy combines and arranges into what we call organisms. Organisms draw on and collect more energy, multiply and grow. Life intends to grow.

We will explore more about the cooperative nature of nature, but for now let us peel back the onion on human nature.

Encoded within animals, and augmented by parental modeling, are guiding behaviors: instincts. Humans, like all creatures, have instincts; behaviors encoded into our DNA for the purpose of competing, surviving and reproducing.

Two pervasive and powerful instincts help us survive. The first of these is fear. A threat, an environmental threat, say being near the edge of a cliff or a threat from an animal or from another person, generates fear. Fear excites energy within, ultimately guiding us to respond in one of three ways: freeze, flee or fight. Fear is our main survival instinct. In a dangerous environment those who do not fear do not survive.

That second pervasive and powerful guiding instinct is the need to conserve energy.

Living is an exercise in energy management. We need energy to survive and thrive. But usable energy is not always and everywhere readily accessible, so we must conserve energy. Conserving energy is a primary survival strategy, a survival instinct.

Our typical means to conserve energy is our habits process; more on that in a minute.  But first; something besides instinct drives and guides us.

We can divide human beings’ control centers, our brains, into three component parts.  The first is known as the reptilian aspect of the brain. This is the portion of our brain – known as the brain stem or hindbrain – regulating bodily functions, from respiration to circulation and from digestion to our immune system. The brain stem operates, when things are working properly, mostly in the background without need of conscious intervention. This is where survival instincts reside.

The second of our three parts of the brain is what we might call our mammalian brain. The limbic system, found between the brain stem and the cerebral hemispheres, governs emotion and manages memory. This is also the part of the brain driving most of our decision making.

“Not so fast.” You say, “Emotions don’t drive our decision making.”  Don’t they?

We human beings like to believe we are conscious, deliberate decision makers, and that we use the highest functions of our brains to make decisions. But that is rarely the case. We kid ourselves.

We delude ourselves into believing when we confront a situation, before we choose a course of action, before we act, we go through a deliberate decision-making process. We like to believe we thoughtfully and carefully consider options, weigh pros and cons and evaluate potential outcomes. Then we choose the best course of action for that circumstance.

Circumstance – thought – action. Or so we say. This is not, not how we make decisions and act.

What typically, usually, mostly happens is we find ourselves in a situation. That situation causes energy to flow, what we feel as emotion. In response to emotion, we act. Circumstance to feeling to action.

We do not thoughtfully consider options. If we do think at all, our thinking is usually to justify our emotional response.

We human beings really do not like to think. Thinking takes too much energy and effort.

Remember that instinct to conserve energy?

To minimize thinking we rely on habit. Habits are automatic action sequences we adopt in response to common cues to get specific rewards. Sixty percent or so of everything we do, every day, is done habitually; automatically. To conserve energy.

Whereas most creatures operate by instinct alone, we make most of our choices – we decide what we are going to do by way of emotions. Most of which we have committed to habit. Emotions rule over human decision making.

I have presented two component aspects of our brains: the reptilian and the mammalian parts. The third or higher functioning capacity of our brains – what happens in our cerebral hemispheres, the neocortex – is what we refer to as intellect or reason or more appropriately thought. Conscious thought is our ability to project ourselves through time and space and examine circumstances and ideas from different and diverse perspectives.

Thought, conscious or unconscious, is the bridge between physical reality of automatic biological functioning, instinct and emotion, and mind. Mind is an undefined and undefinable dimension, commonly referred to as spirit. The highest function of our brains is communicating with mind – the dimension of spirit.

We will dive further into that dimension of spirit, but we have more foundation to pour.

Herbert Spencer, a contemporary of Charles Darwin, coined the phrase “survival of the fittest” and went on to frame what became “Social Darwinism.” In a nutshell the theory of survival of the fittest adhered to the golden rule: not the “Do unto others as you would have them do unto you,” version of the golden rule, but rather the, “He who has the gold makes the rules.”  He who has the power, the power to rule, rules.

Social Darwinism – survival of the fittest – is a philosophy of might makes right. Power prevails. Those who dominate, by design should dominate, and are right in doing so. Nature establishes that those who survive should survive – and that might really is the only legitimate moral authority. Might makes right – which always results in the many serving the few – has been and is the dominant operating principle of humankind. It is the reality of competing in nature.

Only the winners write history books.

We will examine this idea of survival of the fittest later. Next we seek truth.